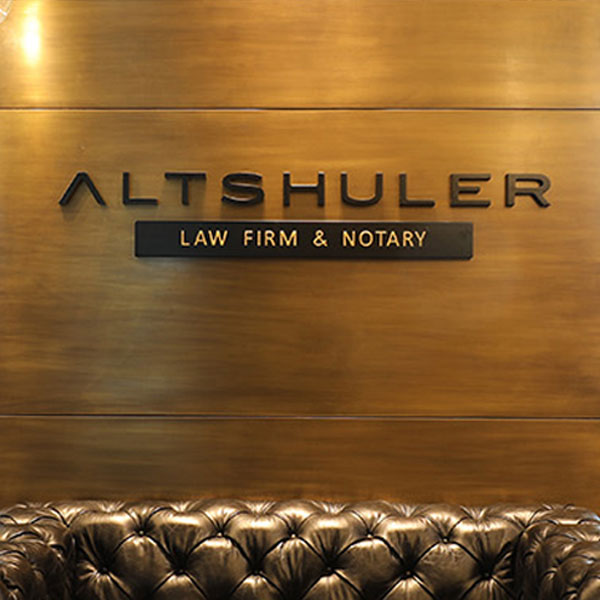 Trust law in Israel as well as trust law outside Israel, especially in countries that operate in accordance with the rules of Anglo-Saxon law, creates a unique legal tool system that allows, among other things, legitimate protection of assets. In addition, this system of tools enables proper risk management in everything related to holding family or business capital and especially in everything related to multi-system activity across continents and borders.

A trust is a complex system of legal affiliations. The uniqueness of a trust is twofold: first, at the level of law of obligations, in personam, which regulates the affiliations between the trustee and other persons (such as the beneficiary and creator of the trust) and among themselves. In contrast to ordinary law of obligations, the fiduciary relationship imposes on the trustee a number of special and strict duties, centered on the duty of loyalty.

Second, the beneficiary also has a quasi-proprietary right towards the trust asset. An in rem right is added and connected to the in personam right. The beneficiary does not have an ownership right over the asset, it is usually held by the trustee. However, the right of the beneficiary is an equitable property right, which has a number of powerful implications. For example, if the trustee faces insolvency, the trust asset is not included in the mass of assets to be distributed to its creditors. The proprietary protection of the beneficiary’s rights are also strengthened based on the determination of the Israeli Trust Law, as well as the determination of the nature of the Anglo-Saxon trust, whereby “trust assets should not be reached except for duties imposed on them or arising from the trust actions.” The trust assets are an independent economic repository, which is immune from damage due to the trustee’s debts (under certain circumstances, the beneficiary’s duties as well).

The Anglo-Saxon trust is a separate unique legal entity, where upon signing its basic agreement, all of the ownership of its assets automatically passes to the trustee, and the creator of the trust retains no direct or indirect connection to the assets.

The assets are considered “vested” to the trustee, while the trustee has an obligation to act for the benefit of the trustees as to ways of managing the assets, including their investment, preservation, realization and distribution, in accordance with the contents of the trust document.

Most of the models of “trusts” in the world, mainly Anglo-Saxon, differ from the term “trust” under the Israeli Trust Law, and it is therefore worth examining them outside of the lenses of the Israeli Trust Law. In customary foreign trust models, neither the beneficiary nor the creator of the trust have any other ownership, control or legal right to the assets transferred to the trustee. The trustee generally has full discretion in managing and holding the trust assets, unless stated otherwise in the trust documents.

In this regard, see the distinction by the Hon. Justice, (former) Supreme Court President, Professor Aharon Barak[1], with regard to the difference between the agency institution and trust institution:

It should be noted that the institution of the foreign irrevocable trust is an accepted and profitable institution in the Anglo-Saxon countries, and is used for various purposes such as intergenerational preservation of wealth, ensuring proper management of trust assets for the benefit of beneficiaries, creating property separation between spouses, ensuring long-term welfare of beneficiaries, and more.

Our firm specializes in and deals with local and international trusts, including the complex relationship between the creator of the trust, trustee, beneficiaries and trust protector. Work in this field includes both purely commercial activities related to trust planning, examination of the country of incorporation of that trust, election of the trustee, drafting / examining the trust documents and worldwide litigation activity in the said field.

Areas of Expertise of the firm

Altshuler is the first, only and exclusive firm in Israel to have membership in the LEI Organization (Law Europe International), by which it enables the provision of an international business and commercial legal envelope to all the firm’s clients.

We are happy to be at your service in all our areas of expertise, professionally and personally